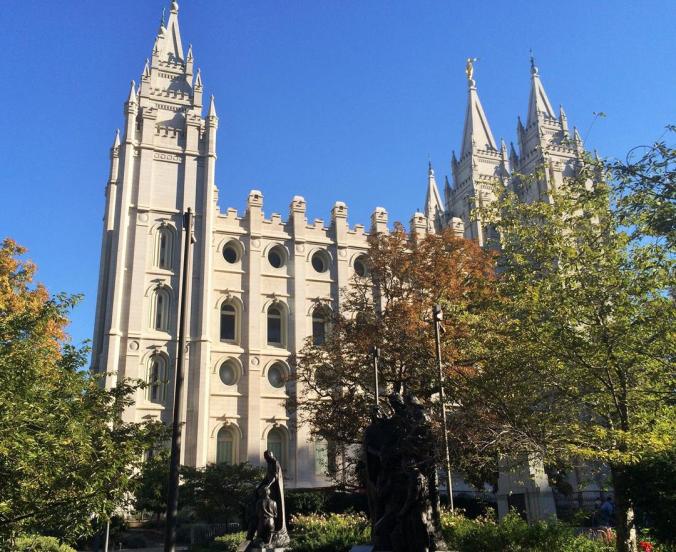 The 10 acre complex surrounding the temple is pretty impressive too. The visitor center had beautiful displays including some stunning murals. 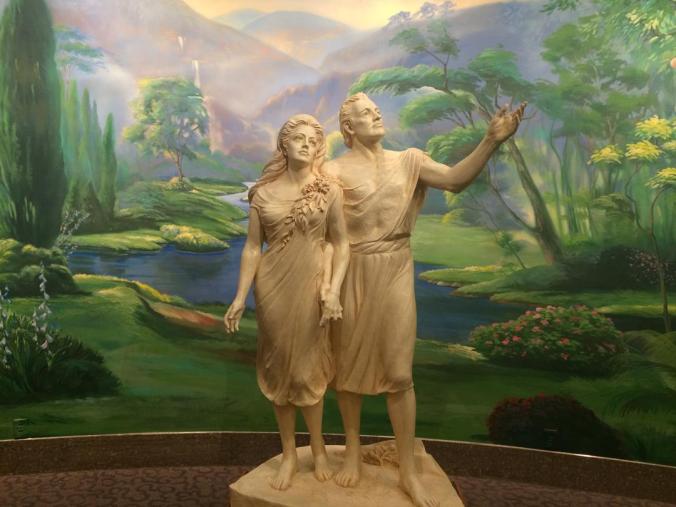 The gardens were extraordinary as well and the people there were incredibly friendly.

Our next stop was the Great Salt Lake. We visited Antelope Island State Park because it was the best place to get good views of the lake. The lake is pretty low right now but it was interesting to visit. 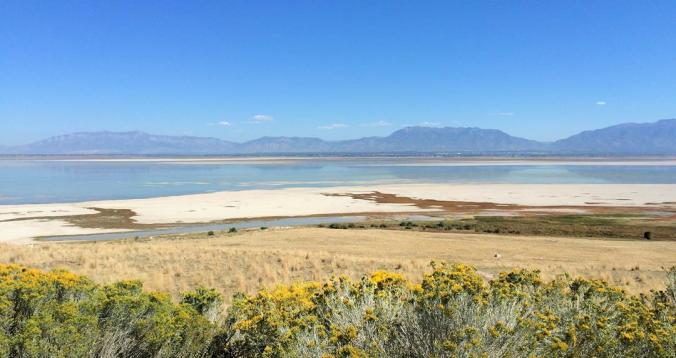 Our favorite part of the park was the Fielding Garr Ranch. It included exhibits of the buildings and equipment used on the historic ranch.

We stayed in Ogden at the Wasatch View Estates and got a Passport American rate of only $15 with full hookups.

Next up was Twin Falls, Idaho. We have some family that now lives in the area so we invited them over for a BBQ. We splurged on a site at Twin Falls 93 RV Park at $38 per night. It had the best reviews we could find. Most campgrounds in the area were pretty pricey and several that we had considered were near cattle operations. That would have made for a pretty stinky BBQ if the winds were blowing in the wrong direction.

We didn’t realize the falls were so large (usually). This would be pretty impressive if the water flow wasn’t a trickle when we were there. 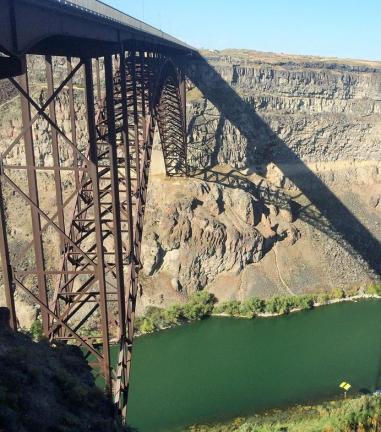 We stopped at the visitor center and discovered that the nearby bridge we had driven across several times actually had people jumping off it left and right. Apparently this is a rather rare place where people are allowed to BASE jump off the bridge without a permit. We saw a dozen people jump in less than 20 minutes. It was fun to watch them for a while. That little yellow dot in the bottom right corner of the photo is the jumper.

One of our more interesting stops was 20 miles north of Twin Falls at Idaho’s Mammoth Cave. A dozen or so heads with various expressions greet you on your way in. 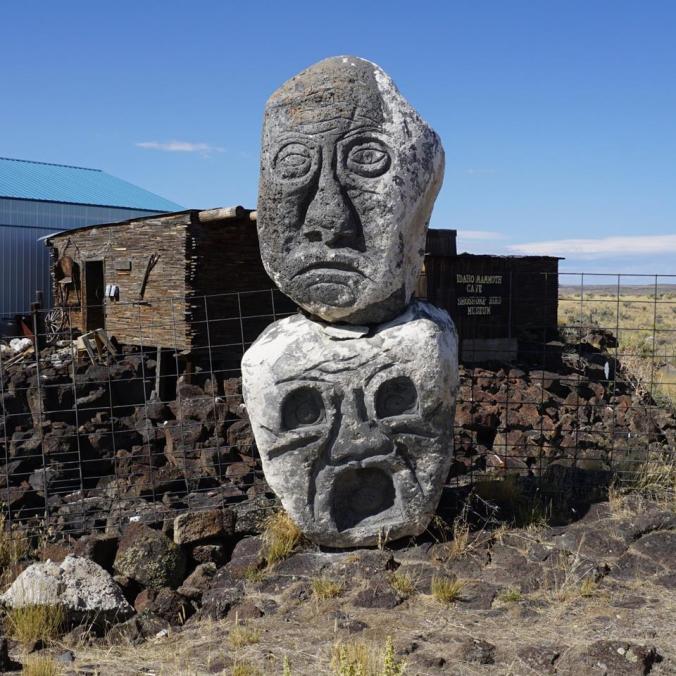 The cave is a huge lava tube. It is a couple miles long but the self guided tour only includes the first half mile. Once you’ve seen a half mile of this you’ve seen enough. But it was an interesting experience being that far underground, all alone, with only oil lanterns to light the way. 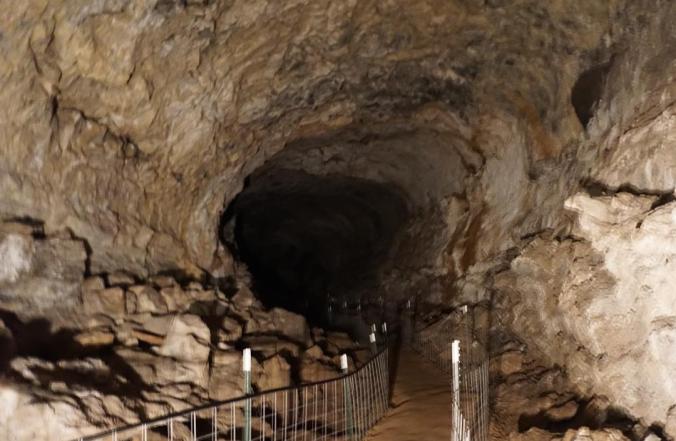 The original owner of the cave was a taxidermist and hunter. They have a huge collection of dead things in the visitor center which they call a museum of natural history. They did have a lot of interesting exhibits including several anomalies like two headed bunnies, snakes, and the like. Admittance to both the cave and museum was $10 per person.

Our last night in Twin Falls I figured out my camera settings enough to get a pic of the eclipse. 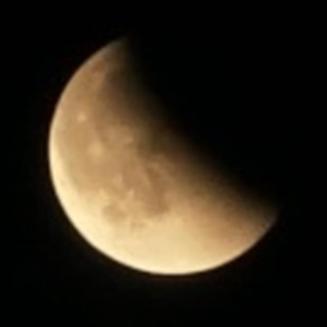