Bonita Springs, FL – October, 2016-February, 2017  We are loving our winter home here in Bonita Springs, Florida. It is a lovely community and the weather has been pretty spectacular. I don’t want to brag about the weather too much just yet. Winter is not yet over!

We haven’t spent as much time at the beach as we originally thought we would but we still try to get to a beach about once a week. The water got as cold as the mid 60’s in January but on hotter days we still enjoy a dip. It has started climbing and is almost 70 now.

The closest beach to our home is Bonita Beach just 6 miles from our door. There is a large parking lot there which charges $2 per hour. This lot is often full by noon.

You can drive past the lot and there are a dozen or so beach accesses with a few free parking spaces each scattered along the two mile length of the beach. They actually have some spaces large enough for our truck. We can usually find free parking on weekday mornings. 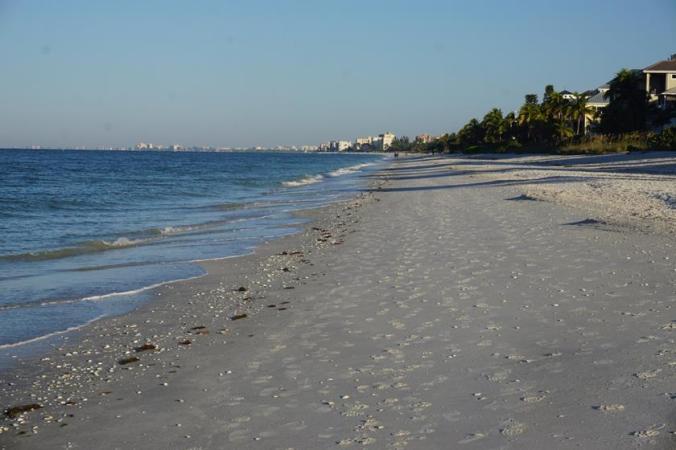 The first day we visited this beach was the day after our arrival in town and the day of the hurricane. There were a lot of dead fish washed up on the beach and not yet knowing much about local conditions my first impression was that the seas were so rough they had beached all these fish where they then died.

I later realized the red tide had killed them and the rough seas may have washed a larger number than usual up on the beach. It was sad but also really cool to be able to see so many different kinds of fish, like this ocean catfish… 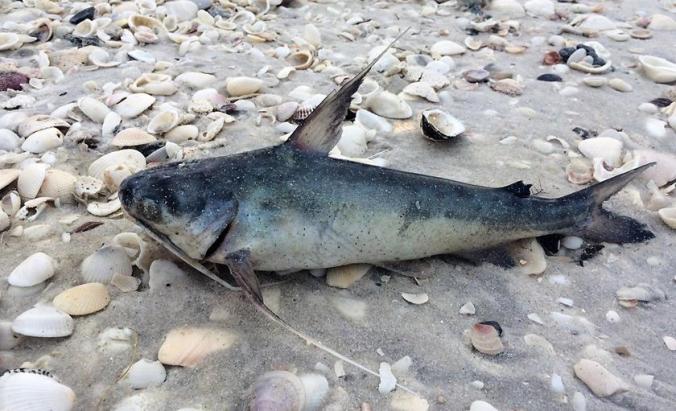 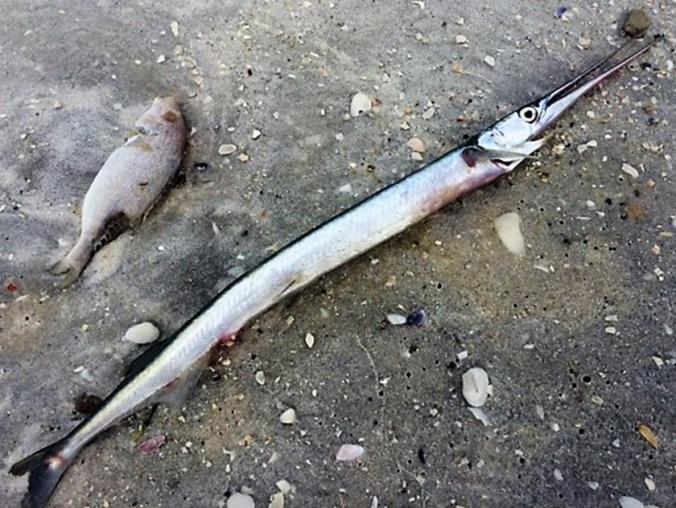 But the coolest was a baby bonnethead shark.

We came back a few days later for another walk. The smell was so bad we only stayed a short while. We returned to our truck by way of the sidewalk where the smell wasn’t as strong. We enjoyed the greenery in front of the fancy beach houses.

And the many quirky mailboxes. 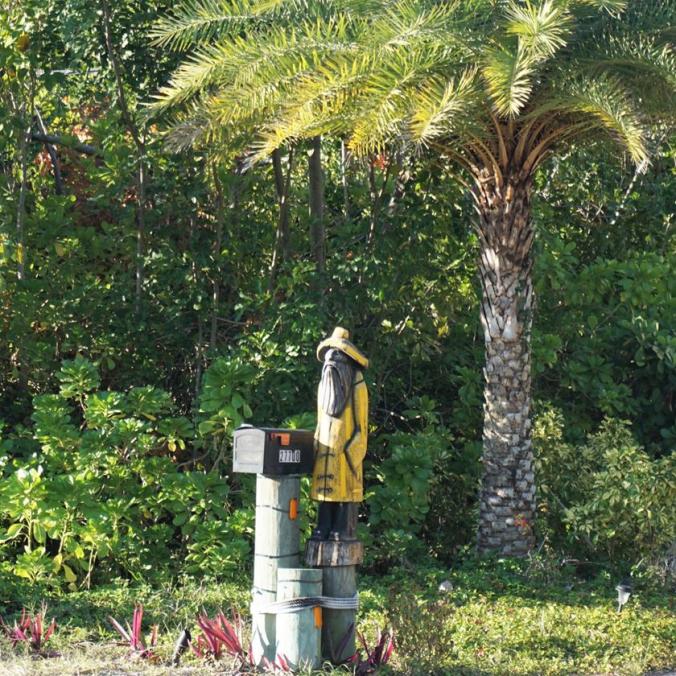 I imagine it would have smelled on our first visit except there was such a strong wind. We were grateful that there was no sign of the red tide when we visited Vanderbuilt Beach during our time in Naples. When we returned to Bonita Beach at the end of October the red tide had moved north and the beaches were again pleasant.

The beach we visit most often is only a couple miles further drive. The Barefoot Beach State Park Preserve is really an extension of Bonita Beach. But the name changes as you travel south and enter a different county and eventually, the protected lands of the preserve.

The primary reason we prefer Barefoot is the ample parking. It costs $8 per car to enter the park or I believe non-residents can buy a parking sticker that is good all over Collier County for around $60. We were lucky enough to have someone lend us their parking pass for the season. They had bought one for a week-long vacation in September and weren’t visiting again until spring.

Barefoot Beach is generally a little less crowded than Bonita Beach. If you are willing to traipse a little ways down the beach from the parking access point you can usually snag a good chunk of beach for yourself. And once you get away from the crowds it’s a nice fishing spot as well.

The preserve is home to the Gopher Tortoise and they are plentiful. We usually see them near the parking lot or from the boardwalk. 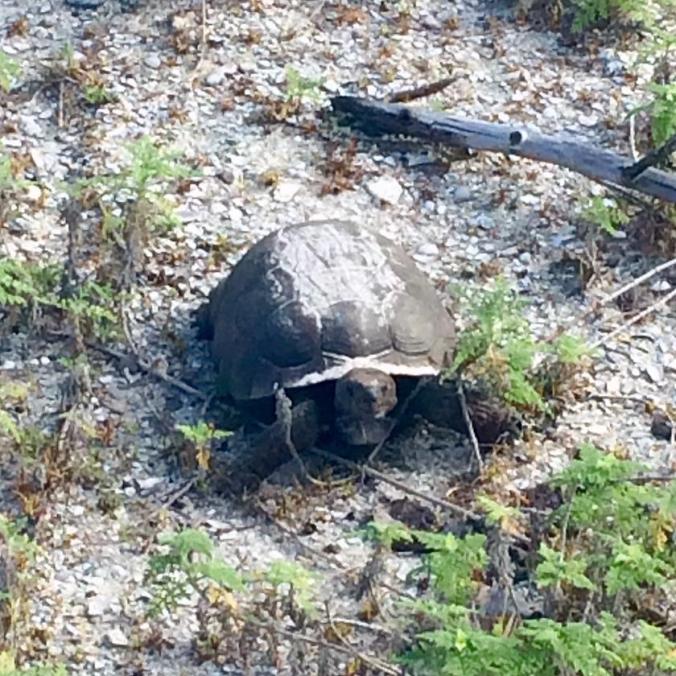 Collecting shells is very popular on both these beaches. 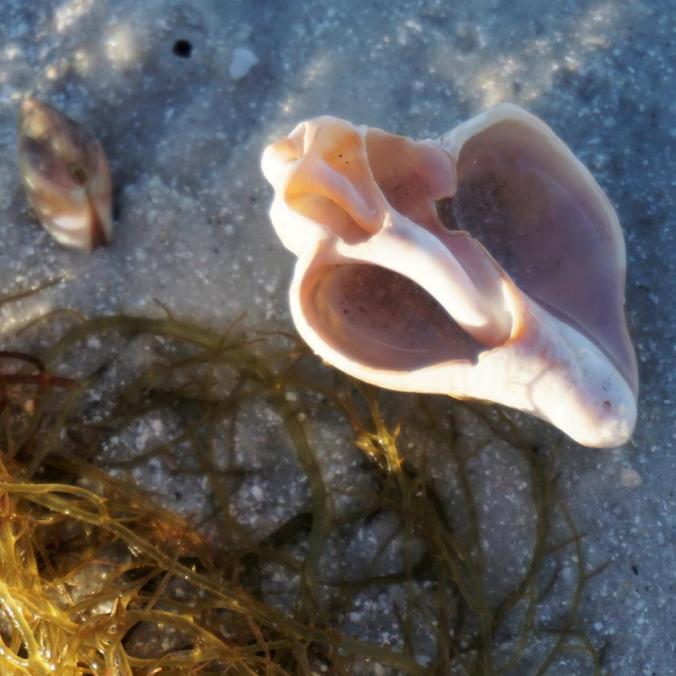 I prefer to collect pictures of shells. 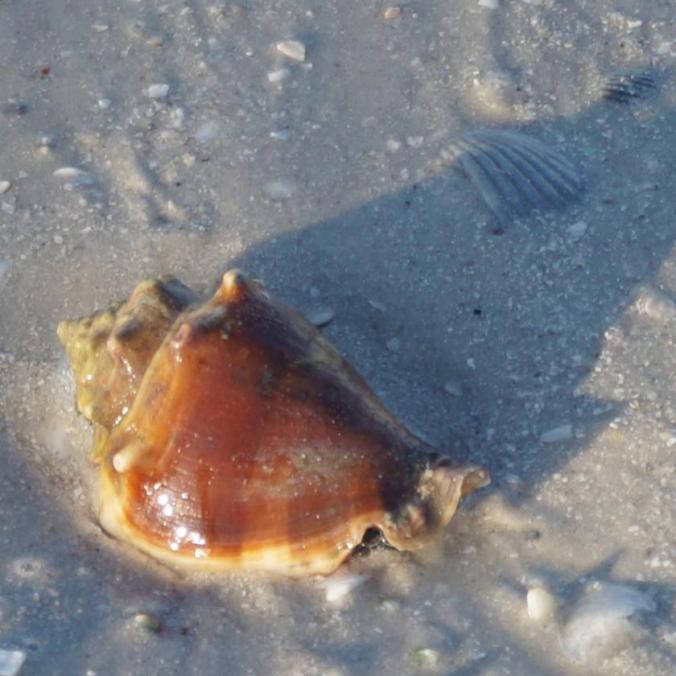 And other interesting things we encounter on our beach walks. Like this jellyfish. Am I the only one that sees a tiny alien trapped inside?