Bonita Springs, FL – March, 2017 We had a cold front come through the middle of March and while much of the rest of the country wrestled with winter weather of the white variety, we enjoyed a break from the heat of our Florida winter. On a perfect day with a high of 75 degrees, a slight breeze, and a mostly cloudy sky we chose to visit the state park closest to where we are staying, Koreshan State Historic Site.

The Koreshans were a religious sect that started in New York State around 1880 and spread across the country with chapters in Chicago and San Francisco. They moved their headquarters to Estero, Florida in 1894 to avoid religious persecution. They planned to build a grand city here, a new Jerusalem, built on the principals of community property and celibacy.

At the center of their beliefs was the conviction that the universe existed inside a giant, hollow sphere with the sun and the moon in its center. Here is a representation of the way they saw the universe. 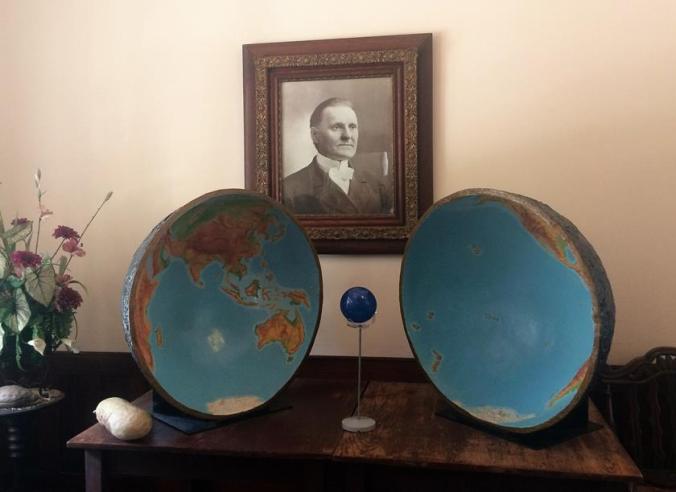 They stayed in tents for several years until they could get their homes built. They never quite accomplished the great city they had planned but they did eventually build a very nice compound. The arts were very important in their society and the entertainment hall was the center of their social lives. 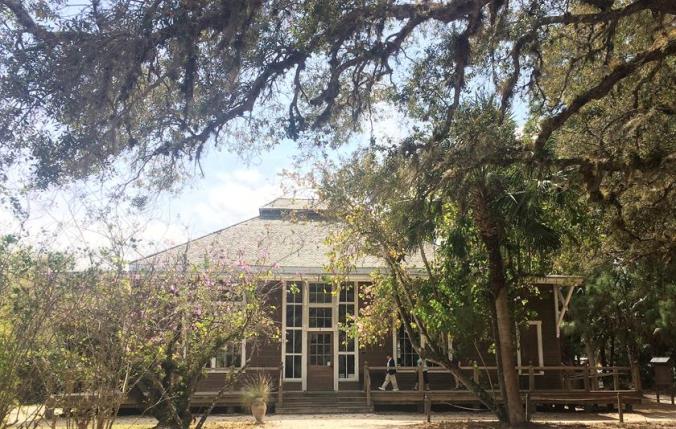 There were seven prominent women who ran many of the group’s businesses. They lived in this beautiful home. 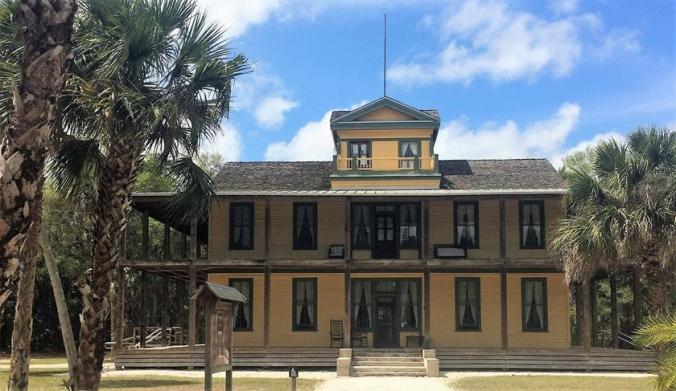 There were 7 bedrooms which served as the lady’s offices as well. 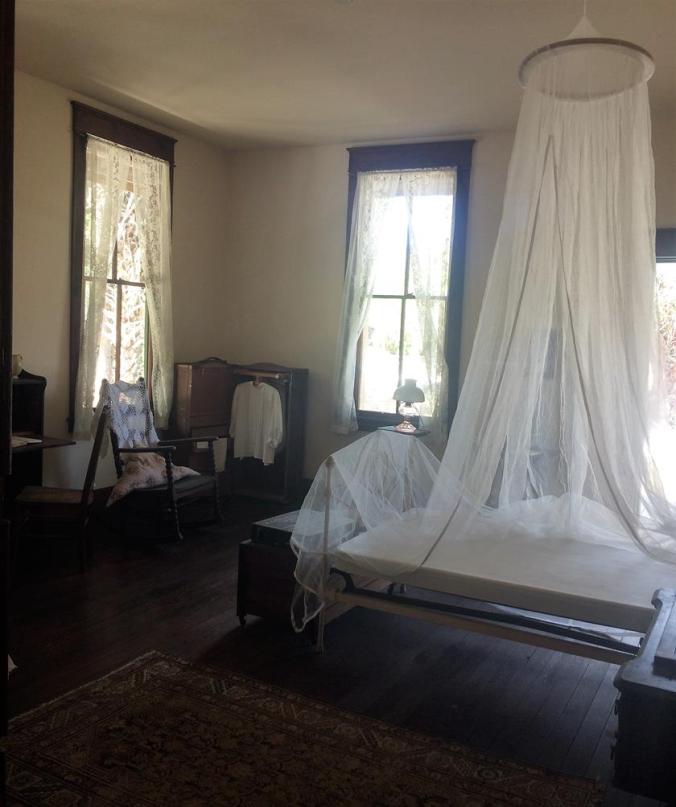 There was no need for a kitchen as all meals were communal. The woodwork in the home was amazing. 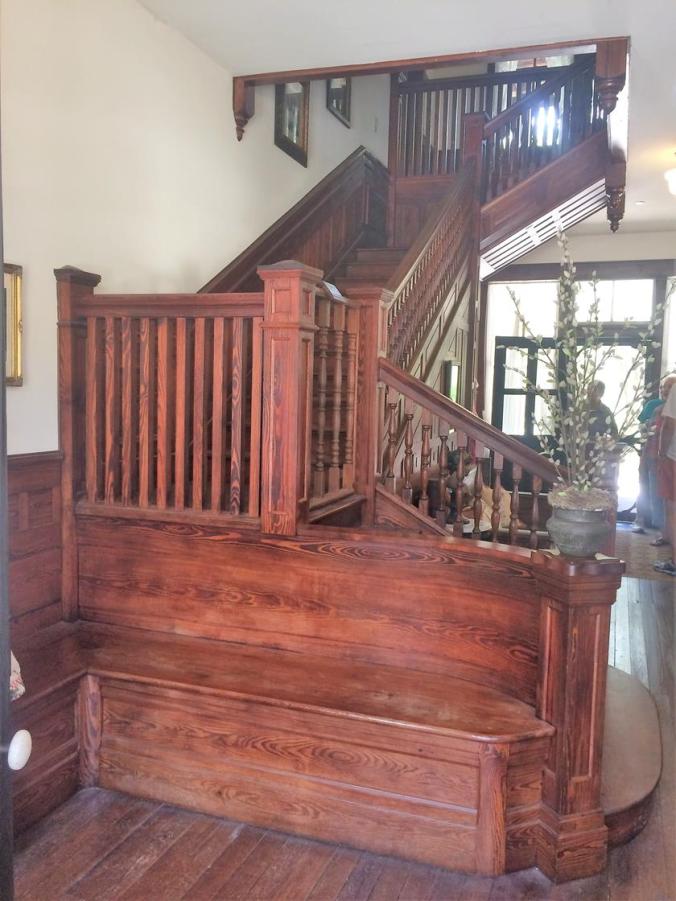 The founder of the religion, Dr. Cyrus R. Reed, had a pretty awesome home as well. I never did find an explanation for the round addition on the side. 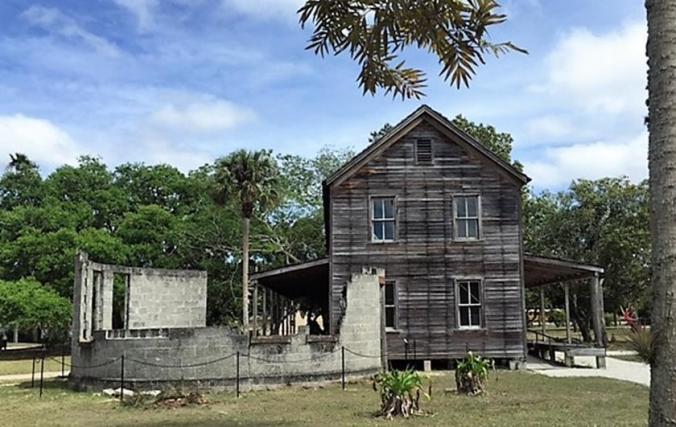 Not every member of the sect lived in such luxury. But even their shacks weren’t all that bad. 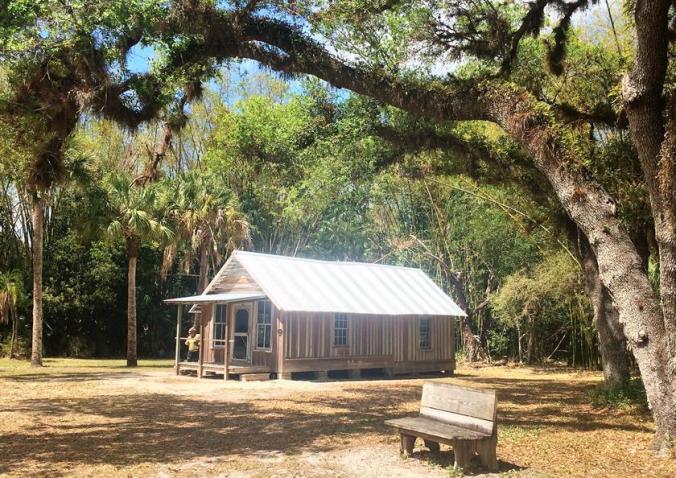 They were a self-sufficient society with a bakery… 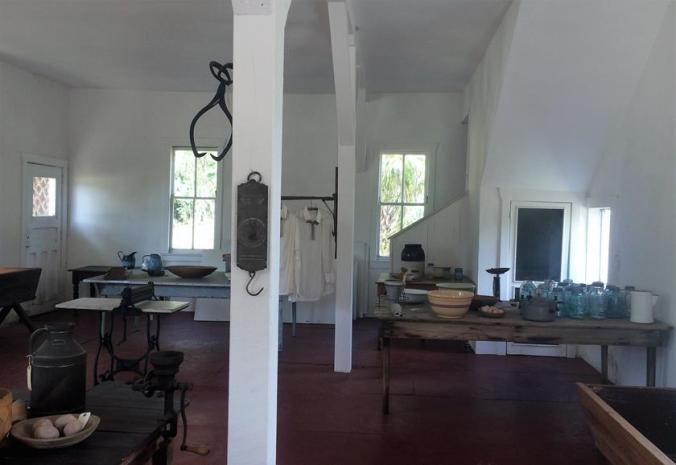 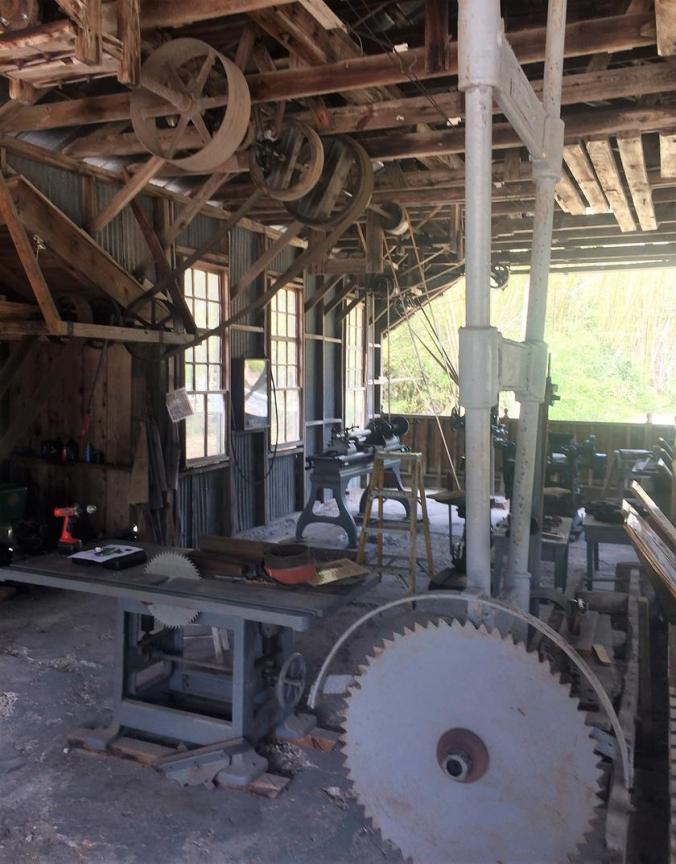 These were just a couple of the multitude of businesses operated on their members’ behalves.

They had some extraordinary gardens planned. 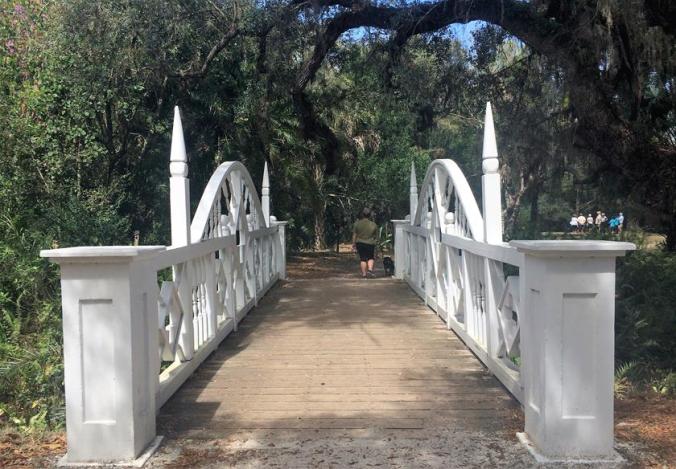 But the bridges they built stand out the most. 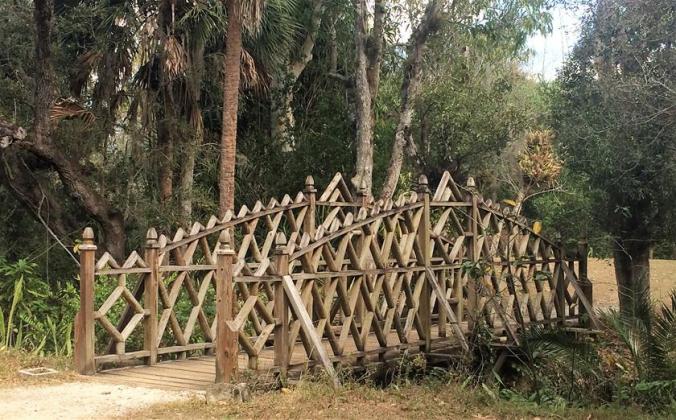 We enjoyed a nature trail along the Estero River which borders the property and were surprised how clear the water is. We were pleased when we could see a manatee approaching from quite a distance. 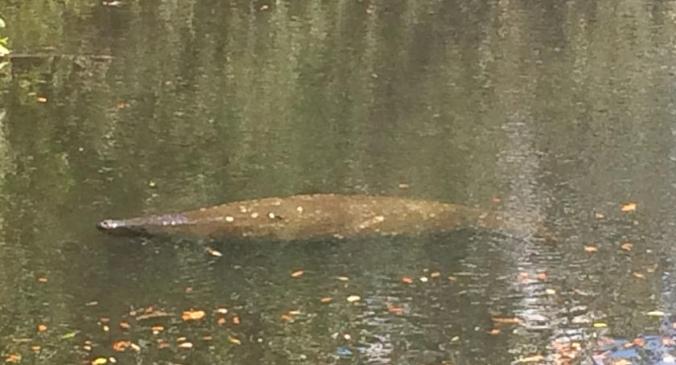 The bamboo along the nature trail was awesome. It made a nice wind chime like sound on a windy day. 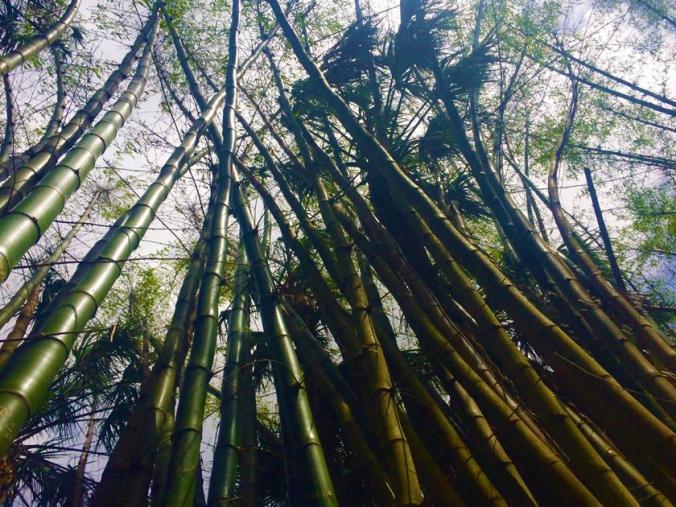 Koreshan was a great place to spend an afternoon. Admission was only $5 per carload. They have a lot of demonstrations and events. We will likely time a future visit with one of these and/or bring our kayaks with to float the beautiful, clear river. The prior occupants were very interesting to learn about, the property was beautiful, and the walk along the river was entertaining.

We took our daughter and grand-doggy, Sasha, with and the park was very dog friendly.  Of course Sasha wasn’t allowed in any buildings so we took turns looking in them.  We also drove through the campground on our way out.  The sites were nice but close together with only a thin line of vegetation separating them.  But compared to the postage stamp we are renting in our commercial park they were huge.

The whole day we couldn’t help exclaiming often how great the weather was and how pleasant it was to have a break from the hot days we’ve experienced most of this season. We would never complain about the heat but this was a nice intermission from it and was really appreciated. We enjoyed a couple more days of cool weather before the hot days returned.