Copeland, FL – December, 2017 While out exploring one morning Jim and I ran across the Fakahatchee Strand State Park. It is a strand swamp, which means it is a linear, water-filled channel with prairies on each side. Fakahatchee happens to be the world’s largest, at 22 miles long, and the only one with a mixed royal palm and cypress tree canopy.

Our first stop was at the Big Cypress Bend Boardwalk which is right on the Tamiami Trail about 20 miles east of Naples. There is a pond out front with fish jumping, birds wading, and upon our arrival, a very large alligator sunning himself not 15 feet from the highway. 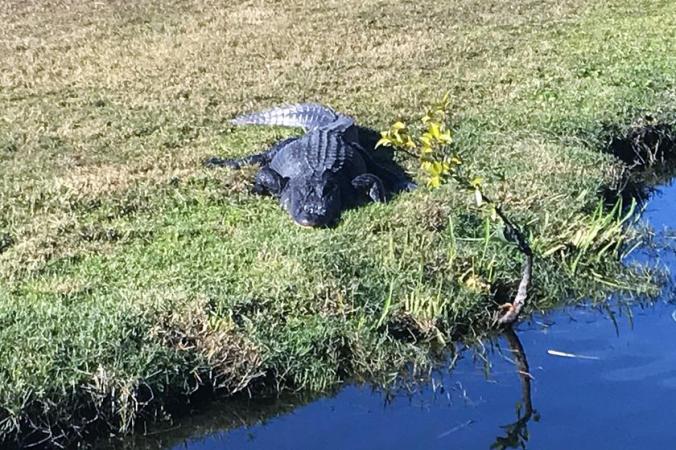 I took that picture from the safety of a bridge over the pond. We then found the path to the boardwalk. We walked a short distance beside some water keeping a close eye out for that fellow’s cousins. We soon reached the boardwalk which offered protection from ankle biters and we could spend more time looking at the amazing surroundings.

Some of the Cypress trees were HUGE. 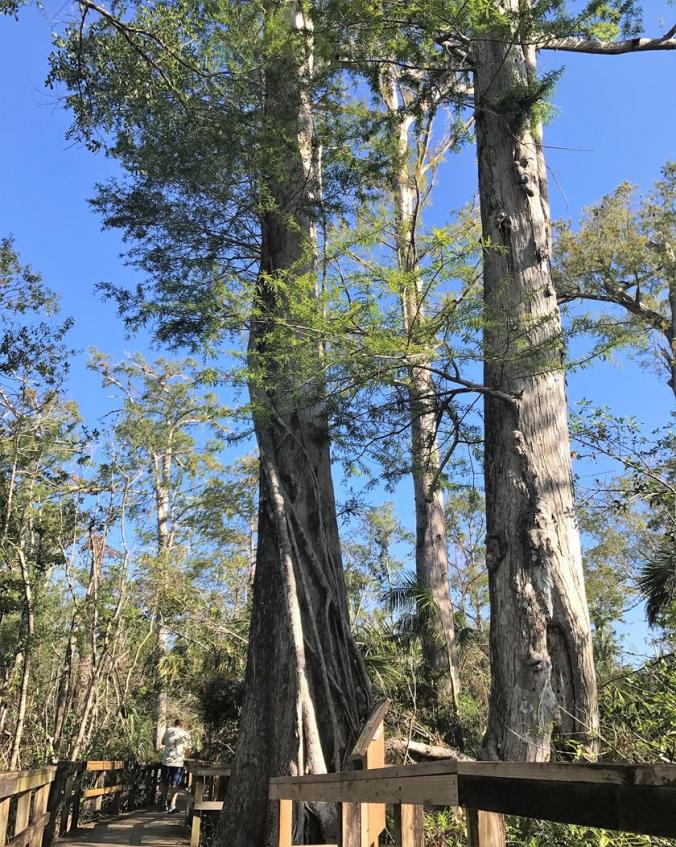 And these lovely flowers were pretty common. 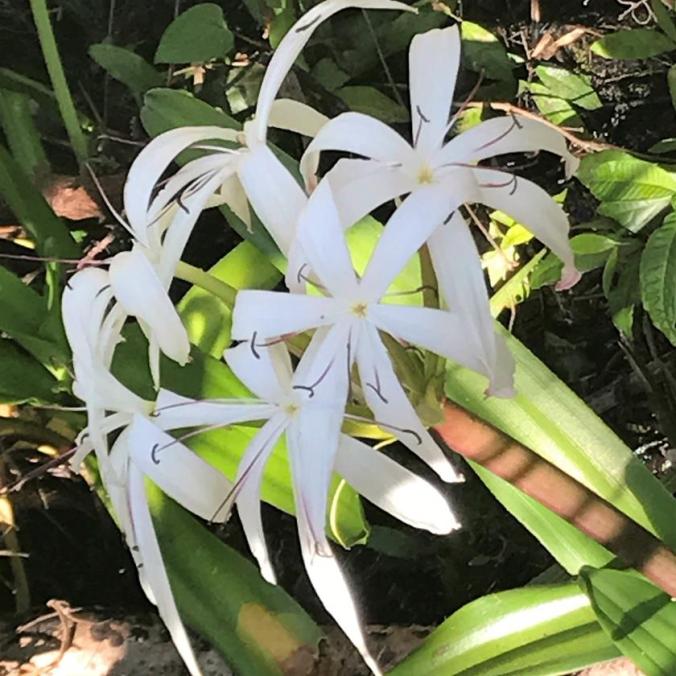 I later learned they are called swamp lilies or sometimes string lilies.

Some of the most intriguing trees were those that appeared to be being choked by a vine. 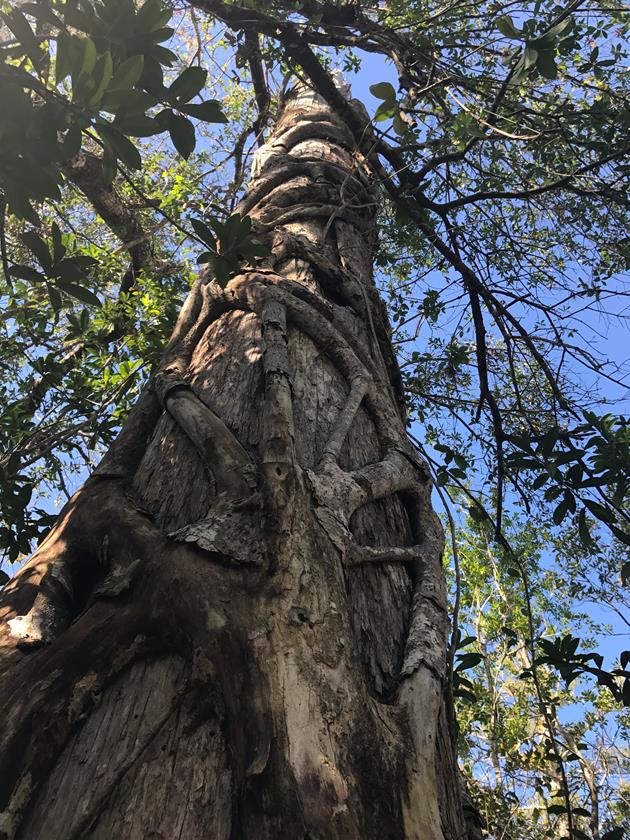 Turns out it is actually the roots of the Strangler Fig which starts out as a seed deposited in the top of a host tree. It then sends down roots to the ground and they entwine and often kill the host tree. This one literally looks like the fig is a fist wrapped around the host. 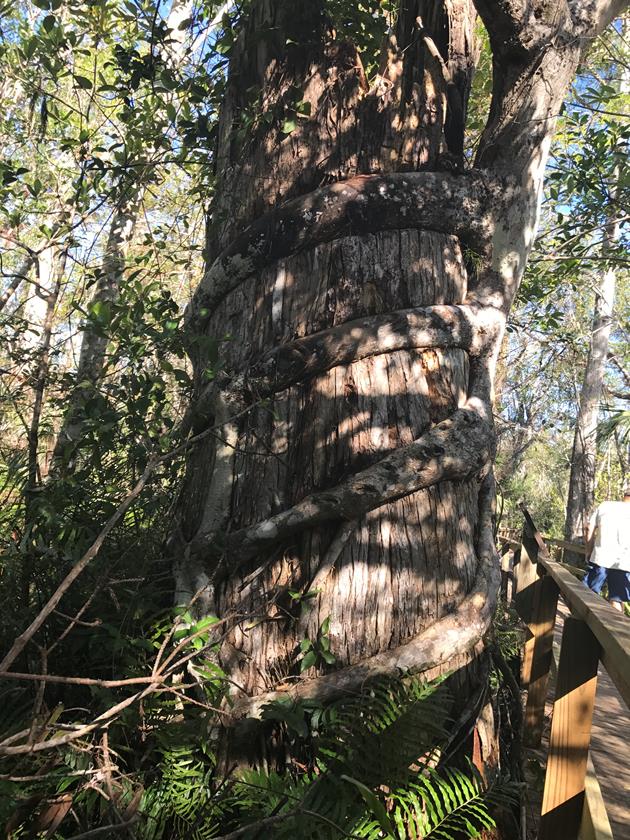 While reading the signs at the boardwalk we realized we were on the edge of a very large state park. We decided we might as well see the rest of it. A little further east on Tamiami and a few miles north on Hwy 888 and we reached another entrance to the park.

We took the park road called James Scenic Road for about 8 miles. It was scenic, and extremely rough! But it was worth it.

We had only gone a couple miles when we saw a gator. He was right beside the road and perfectly still. He wasn’t even inclined to twitch an eye muscle as I took his photo from the safety of my passenger seat. 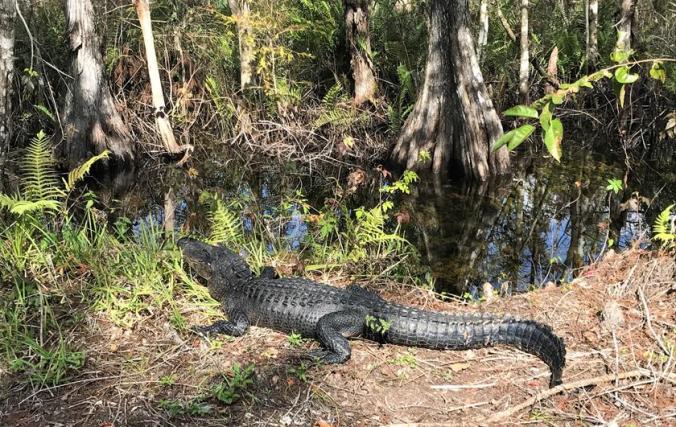 A short distance later was a second one. He was more active. He had his head resting on some grass by a tree and moved it back and forth a couple times. Maybe he was just scratching an itch. 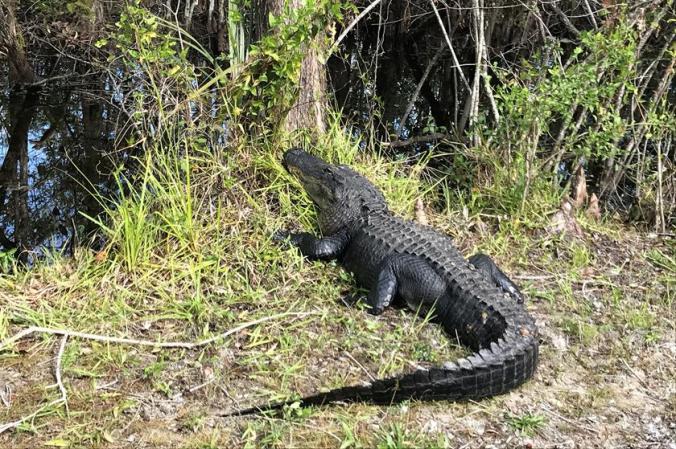 We saw a half dozen more laying on the edge of the water beside the road. We then saw a very large one crossing the road probably 300 yards ahead of us. He was a monster, longer than the road was wide. By the time we reached the spot he had crossed there was no sign of him.

We decided we had had enough rough riding for one day and turned around a little short of the road’s end. We’ll make it all the way on our next trip. I took a turn at the wheel dodging potholes and let Jim enjoy the scenery.

He was hoping to see a baby alligator and he saw a fairly small one, although probably not a baby. It was about a foot and a half. 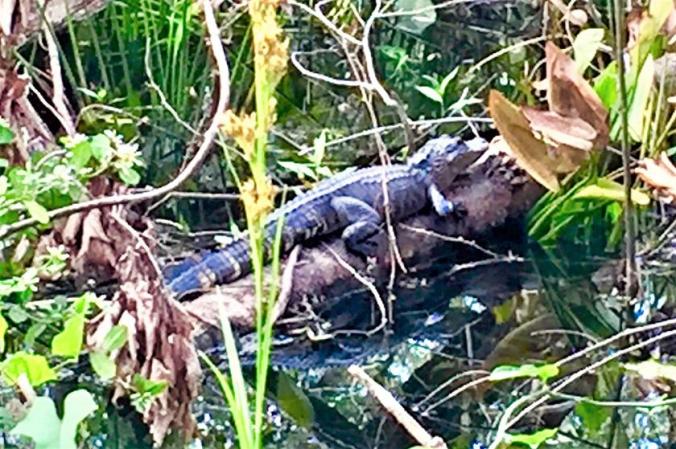 The swamp was really quite lovely. The water was perfectly still and the reflection of the trees in the water was intriguing. 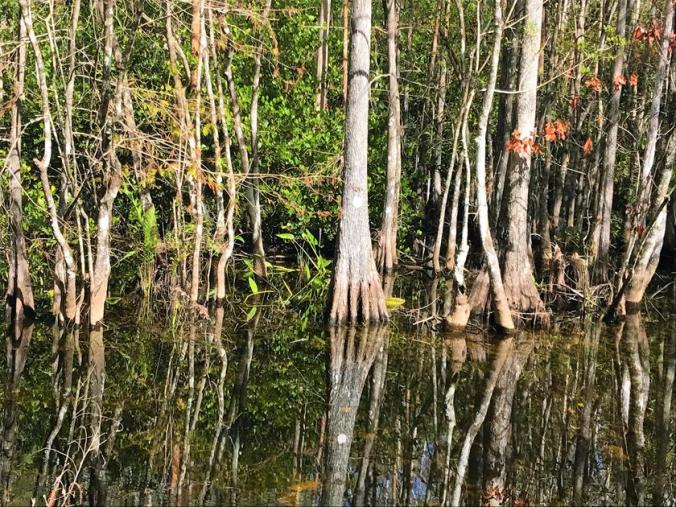 If you are in the area or passing through on the Tamiami Trail this park is well worth the stop. We definitely plan to visit again.